It’s funny, in the past I didn’t place much importance on the end of the year and how the New Year signaled new beginnings. That is, until this morning, on the first day of 2015 when I woke up and realised I was another year older (my birthday is in December) but somehow not feeling another year wiser.

Then my thoughts drifted back to the family BBQ we attended last night and flickers of conversations made with people throughout the night. One lively conversation with a cousin whom I know very little, which may have been fueled by some alcohol on his part, involved some very frank honesty. He opened up to me and said he was happy with his life and felt blessed his kids were healthy, but… yes, there was a but. Indeed, he admitted there were some things he wished were different in his life, some unfulfilled dreams and hopes. I never found out what they were exactly but judging by the wistful look on his face, they were significant and important to him.

So this led me to think about my own life.

I’ve had the pleasure of plunging into the magic and madness of parenthood in the past year and what an incredible journey it has been, with its trials and tribulations….BUT, yes, there is a but. I will admit that there is more I am longing for in my life in addition to the joys of parenthood, some unfulfilled dream tapping me on the shoulder and saying softly, “Hey, remember me?”

This quote helps to sum it up for me:

‘Don’t be afraid of the space between your dreams and reality. If you can dream it, you can make it so.’
~ Belva Davis

And so I am bravely re-visiting dreams, hopes and goals I have shelved, and after brushing off the dust, I am going to tackle them head-on. It won’t be easy, I know that, but I also know I don’t wish to be taking my last breath on this Earth and thinking those dreaded words…”If only…”

So here’s to making dreams come true and all the hard work and sweat and tears that goes along with it. Join me on the ride, if you like, and see what you really want to create in your life, starting on this first day of a new year.

‘Some of us have great runways already built for us. If you have one, take off. But if you don’t have one, realize it is your responsibility to grab a shovel and build one for yourself and for those who will follow after you.’
~ Amelia Earhart 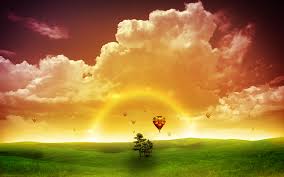